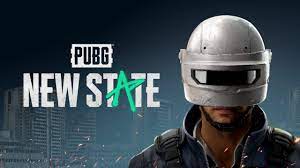 PUBG is the game that left Indian gamers and content creators in misery a year ago. As it was banned by the Indian government a year back, for entertainment at the time of quarantine, creators and gamers head to games like Call of Duty, Minecraft, Free Fire, etc., hoping that one-day pub will come back.

Then, in June 2021, finally, the wait was over and gamers were introduced to a new version of Pubg that was the Indian version of Pubg Mobile under the name of Battleground Mobile India. Everyone started calling it BGMI. BGMI was similar to PubG, but BGMI has Indian elements in the game’s software.

In Pubg, players used to play on Asian servers. But in BGMi, only Indian servers are there, and you can only play matches with the person who is playing on the Indian server. Back then, Krafton was banned from India, but Krafton again introduced Pubg to India, this time with a new name, that is, Pubg: New State.

All about Pubg: the new state

Users need to log in with their Google or Facebook accounts. Then they need to choose a name for their character’s avatar, as they used to do in Pubg and BGMi earlier.

Then ask whether you are a beginner, intermediate, or expert in the new state. In battlefield games. Then players will be given up with playing styles to choose. According to their comfort zone, they can choose between two-fingered, three-fingered, and expert four-fingered controllers. Pubg: The new state is reminiscent of the PC version of Pubg, which was released in 2017. For graphics, you are given the choice of medium, high, ultra, or extreme.

Only four maps have been introduced to games: Troi-age old range, Station (beta), Erangle 2051, and training ground. The ground is a training map where players can become good players by upgrading their skills. Trio and erangle 2051 are battle royale maps, whereas Station (beta) is a TDM map. In TD M, one can play short-duration matches.

The new state will also have remote-control drones and ballistic meters. It will also have a bullet meta that will tell the player about the number of shots left in their gun. The new state will have trucks, sports cars, buggies, sports motorcycles, and speed boats when it comes to vehicles. Those players who did pre-registration have got a Talion TRI vehicle skin for free as a reward. In Pubg, new state players can put their loot and guns in the back of their buggies and trucks.

Every week, the game will update with three new missions.

Completing them allows you to gain SP in the game. The VOL 1 survivor pass will have two variants of the pass: a premium pass for 1500 NC and a premium pass plus 3800 NC.

We can say Krafton has come up with a blast after initially being sued by the Indian government. The game is going to entertain this new generation a lot. The game is designed by taking the future as inspiration, including all the cars and guns with a future perspective. Pubg new state download size is 1.4 GB.